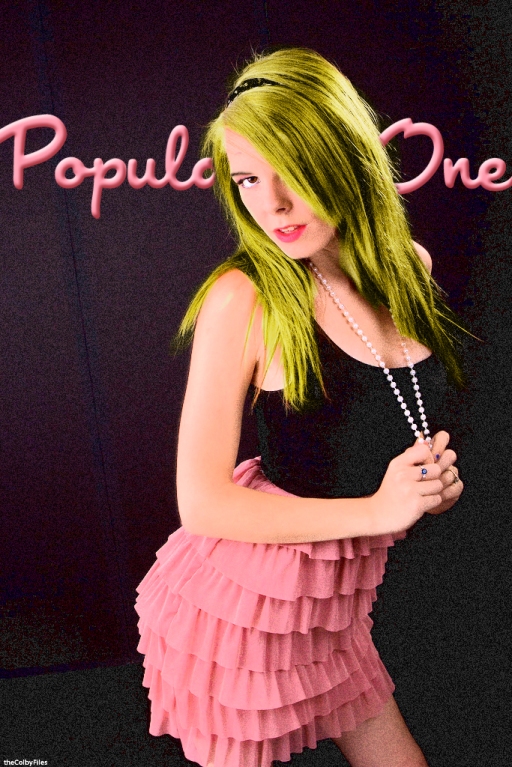 It has often been said that popular groups of girls think (using the term loosely) as a one. They use their oneness to collectively terrify the rest of the student population. They think no one can argue with their pretty faces, smooth long hair, and low-rise jeans.

The same held true for the popular girls at Georgia Lyons High School, or most of them anyway. One girl, Amanda Stewart was thought by many to be the prettiest girl in the whole school, but this was only spoken privately. Amanda was not the Queen Bee. That position belonged to Helen Carthage. Amanda stayed off to the side, and mostly minded her own business. She was really only considered a “popular” because she and Helen had been friends (using the term loosely, again) since first grade.

While the three other girls in the group went a long with whatever Helen said, Amanda usually kept her mouth shut. That was until one fateful lunch, when Helen made a serious proposition.

“I am going to cheat on my history test,” said Helen, “And you are all going to join me.”

“Of course,” said Friend 1, lowering her head. “Whatever you need.”

“That’s a horrible idea.” said Amanda, “Why would any of us do that? You’re doing fine in History, and if you want help, all you have to do is ask.”

“I’m sorry, did I pose a question,” said Helen, “I apologize. You are going to join me.”

“No,” Amanda said, turning to the rest of the group. “If you allow Helen to take advantage of you all now, then you are doomed to follow her forever.” Amanda got up from the table, dumped her tray, and headed for science class.

When the day of the history test arrived, Helen had devised the perfect cheating plan for her and her crony friends. The four girls sat side by side in the back row. Each one had a different set of answers written on their open palms. The plan went smoothly for the first several questions. Some students noticed, but they didn’t snitch, and the teacher was oblivious.

Then, Helen needed the answer to question fifteen, which was written on Friend 1’s palm. Helen took Friend 1’s palm in her hands, and could read the answer, but when she tried to remove her hand she found that it was stuck. Friend 1 screamed, and Friend’s 2 and 3 rushed to her aid. Once all four friends connected, they couldn’t break apart. Slowly, Helen watched as her friends absorbed through her pores.

Everyone except Amanda fled from the classroom in horror.

“I guess they really  wanted to be closer to you,” said Amanda.